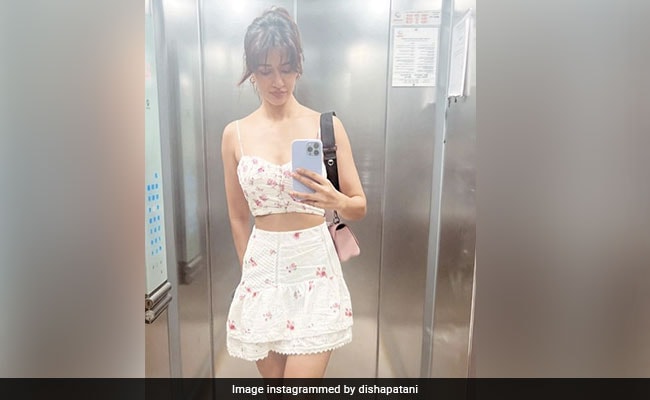 Disha Patani, who is currently in Goa for the shoot of Suriya’s forty-second project, has turned into a photographer. On Wednesday, the actor shared a few pictures of nature on her Instagram handle, and wrote, “shot by me” with a tongue-out emoji. Her caption was accompanied by the hashtag Suriya 42. Disha shared four pictures, in which, the first two pictures are of a beautiful sunset, while the other two are of a pretty flower. In the fourth picture, one can catch a glimpse of her film’s set. Many of her fans flooded her post with comments. One of them wrote, “Excellent image,” while the other one wrote, “So beautiful.” Many others dropped hearts and star-eyed emojis in the post’s comment section.

A few days ago, Disha shared a post dedicated to her pet dog Bellu on Instagram. Sharing a picture and a video of herself with her pet, the actor wrote, “Missing my bellu and,” with many dogs and heart emojis.

Disha Patani went to Goa a few days ago for the shoot of superstar Suriya’s forty-second project. The actor will be there for a month.

Suriya’s untitled project will mark the debut of Disha Patani in the Tamil film industry.

Enjoy An Unlimited Dim Sum Feast With This New Deal At Pa Pa Ya, Saket

Shilpa Shetty Dances On One Leg To Falguni Pathak's Song