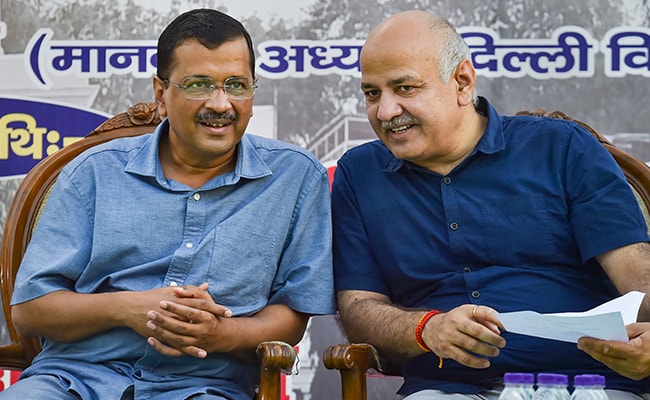 All three persons were present in the court while the order was pronounced by the court. (File)

The Additional Chief Metropolitan Magistrate (ACMM) Vidhi Gupta on Saturday while passing the order said the media articles cited by the complainant has been perused, however, the complainant could not establish a case of defamation from these reports.

All three persons were present in the court while the order was pronounced by the court on Saturday.

The case was filed by one lawyer Surender Kumar Sharma who died due to ill health during the case hearing. Later his nephew continues to pursue the case in court. According to Mr Sharma, he had filed a defamation complaint against these leaders and pleaded that his candidature from AAP was cancelled in 2013 and published in various newspapers in a defamatory manner.

Surender Kumar Sharma, in his complaint, had alleged that in 2013 he was approached by several volunteers of AAP just before the election, who had asked him to contest the Delhi Assembly elections on Aam Aadmi Party ticket, saying Arvind Kejriwal was pleased with his social services.

He later decided to fill up the application form to contest the election after being told by Manish Sisodia and Yogendra Yadav that AAP’s Political Affairs Committee had decided to give him the ticket. However, it was later denied to him.

On October 14, 2013, the complainant Surender Kumar Sharma claimed that articles in various leading newspapers carried “defamatory, unlawful and derogatory words used by these political persons which have lowered his reputation in the society.

ajay bagga: Ajay Bagga is bullish on these 3 sectors, here’s why

Get subsidies, waivers on purchase of EVs

India’s Choice Who They Want To Conduct Military Exercises With, Says Pentagon

4 Dead, 8 Injured After Roof Of House Collapses In UP

Couple Use Fake Matrimonial Profiles To Cheat Rs 1.6 Crore In UP: Police