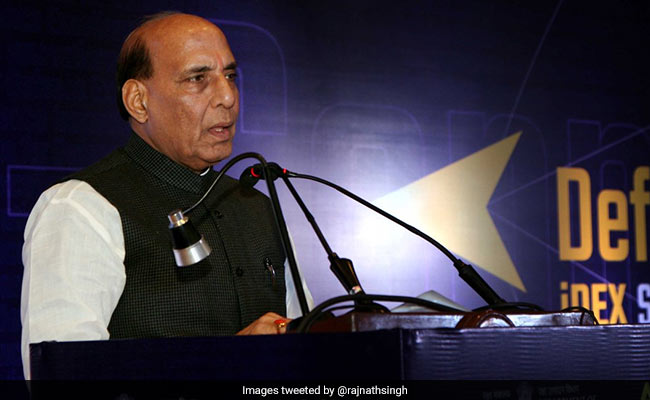 Defence Minister Rajnath Singh will travel to the Uzbek capital, Tashkent, today on a three-day visit to attend a defence ministerial conclave of the Shanghai Cooperation Organisation (SCO).

Chinese Defence Minister General Wei Fenghe and Russian Defence Minister Sergei Shoigu are also expected to attend the SCO meet, besides their counterparts from other member countries of the grouping.

The SCO defence ministerial meeting is taking place around three weeks ahead of the annual summit of the influential grouping.

The summit is scheduled for September 15-16 in Samarkand.

“Tomorrow, August 23, I will be in Uzbekistan to take part in the SCO Defence Ministers Meet being held at Tashkent. I will be holding a bilateral meeting with Uzbekistan’s Defence Minister, Lt. General Nizamovich, and also interact with the Indian community. Look forward to it,” Mr Singh said in a tweet on Monday.

However, there is no clarity on whether there will be a meeting between Mr Singh and Mr Shoigu.

Indian and Chinese troops are engaged in a bitter standoff at several friction points in eastern Ladakh for over two years.

Rajnath Singh is scheduled to deliver his address at the SCO meeting on August 24.

“During the visit to Tashkent, Raksha Mantri will meet his Uzbekistan counterpart Lieutenant General Bakhodir Kurbanov, Minister of Defence of the Republic of Uzbekistan, which is also the host country,” the Defence Ministry said in a statement.

“In addition, meetings are also scheduled with Defence Ministers of some other member countries of SCO on the sidelines of this meeting, where bilateral issues and issues of mutual interest will be discussed,” it added.

The SCO meeting is expected to deliberate on regional security challenges, including the situation in Ukraine and Afghanistan.

The SCO is an influential economic and security bloc and has emerged as one of the largest transregional international organisations.

India and Pakistan became its permanent members in 2017.

The SCO was founded at a summit in Shanghai in 2001 by the presidents of Russia, China, the Kyrgyz Republic, Kazakhstan, Tajikistan and Uzbekistan.

India has shown a keen interest in deepening its security-related cooperation with the SCO and its Regional Anti-Terrorism Structure (RATS), which specifically deals with issues relating to security and defence.

India was made an observer at the SCO in 2005 and has generally participated in the ministerial-level meetings of the grouping, which focus mainly on security and economic cooperation in the Eurasian region.

Construction Of Ram Temple In Ayodhya Begins After Plinth Completion