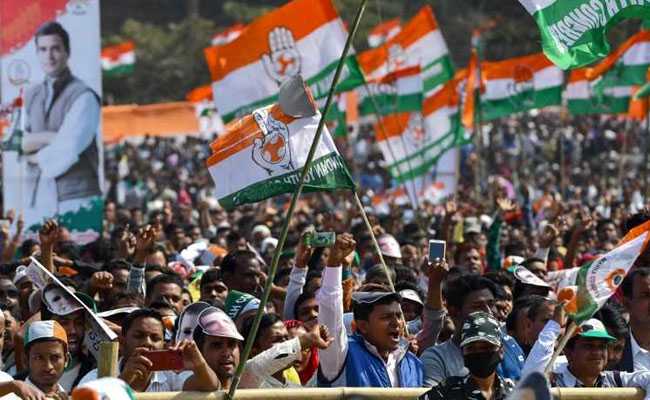 Ashok Gehlot will launch the yatra from Palanpur in Banaskantha. (Representational)

The opposition Congress in Gujarat will take out ‘Parivartan Sankalp’ yatras from October 31 across five zones in the state, where Assembly polls are due by the end of this year, party functionaries said on Thursday.

Schedule for the elections to the 182-member Gujarat Assembly is yet to be announced.

Through the ‘Parivartan Sankalp Yatra’, the Congress aims to create an atmosphere for change in Gujarat, where the Bharatiya Janata Party has been in power for close to three decades, he said.

Kamal Nath will set out on the ‘Parivartan Yatra’ from Somnath and senior leader Mukul Wasnik will attend the yatra from Jambusar to south Gujarat, according to him.

“Each of these yatras will last nearly a week and cover 175 out of the state’s 182 Assembly seats. More details of the programme will be revealed on October 29,” Manish Doshi added.

Incidentally, the Congress has not organised a major rally as yet in the run up to the upcoming polls, with even star campaigner Rahul Gandhi away leading the party’s nationwide ‘Bharat Jodo’ event.

The ruling BJP had recently organised the party’s ‘Gujarat Gaurav Yatra’ recently. In the run-up to the elections, Prime Minister Narendra Modi has addressed several rallies for the party.