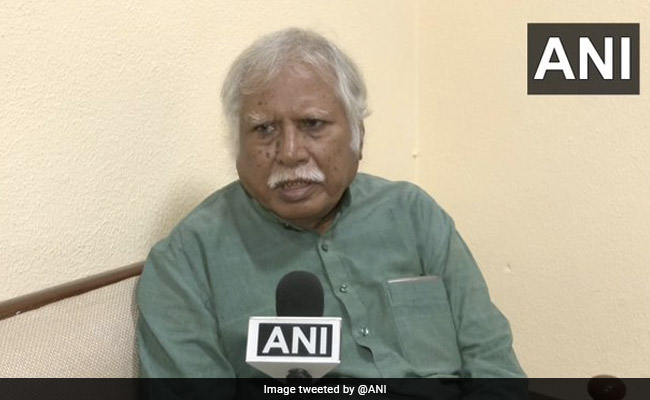 Madhusudan Mistry said he has received no complaints during the polling process.

Congress’ central election authority chairman Madhusudan Mistry on Monday said he is satisfied with the party’s presidential polls process, and asserted that the elections are “free, fair and transparent”.

Voting began on Monday in the Congress presidential polls as senior leaders Mallikarjun Kharge and Shashi Tharoor face-off for the post of AICC chief.

Over 9,000 Pradesh Congress Committee (PCC) delegates form the electoral college to pick the party chief in a secret ballot.

Asked about the polling going on at the 68 polling booths the party has set up for the polls, Mr Mistry told PTI, “It is going quite smoothly everywhere, we don’t have any kind of adverse information from anywhere. Even old delegates are standing in queue to cast their vote, there is a lot of enthusiasm in delegates to cast their vote.” Mr Mistry said he hopes for a good turnout in the polling as the party’s poll body has appealed to the electors to vote. “Whoever they may choose, but they should vote,” he added.

Asked if he was satisfied with the polls process, Mr Mistry answered in the affirmative and said, “It is free, fair and transparent, and everything is open for media”.

He said he has received no complaints during the polling process.

“The ballot boxes will arrive here by Tuesday evening…whenever the counting is over on October 19, we will declare the result,” he said.

Asked about the importance of polls, Mr Mistry said election used to take in every five years but the last few ones were unanimous so naturally there was no need to hold polls.

“But now since there are two candidates, we have to hold an election,” he said, adding that it is not a new thing in the Congress.

Mr Kharge is considered the favourite for his perceived proximity to the Gandhis and backing by senior leaders, even as Mr Tharoor has pitched himself as the candidate of change.

During the campaign, even though Mr Tharoor raised issues of uneven playing field, both candidates and the party have maintained that the Gandhis are neutral and that there is no “official candidate”.