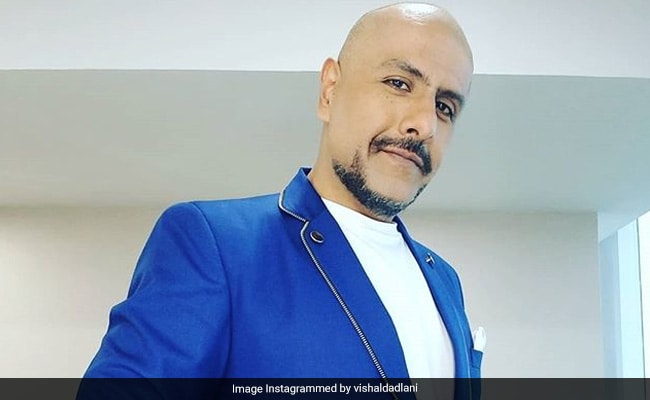 Without taking any names, Mr Dadlani tweeted, “The Constitution of India states that we are a Secular Socialist Republic. Hence, religion must have NO PLACE in governance. To be completely clear, I have nothing to do with anyone who brings any part of any religion to any aspect of government. Jai Hind.”

While the musician did not take names, it is evident that he was referring to AAP as the post came hours after Mr Kejriwal’s video address in which he billed the move to add Goddess Lakshmi and Lord Ganesh’s images to notes as a way to improve India’s economic situation.

“On Indian currency there is a photo of Gandhi ji; let that be. On the other side, a photo of Shri Ganesh Ji and Lakshmi ji should be added,” said the Delhi Chief Minister. “As I said we have to make a lot of effort to improve the economic situation of our country. Our efforts bear fruit when we have the blessings of Gods and Goddesses. The whole country will get blessings if on currency notes, there is a photo of Ganesh Ji and Lakshmi ji on one side and Gandhi ji on the other side,” he added.

Lakshmi is the goddess of prosperity and Lord Ganesh removes hurdles, said Mr Kejriwal. “I am not saying change all notes. But all the fresh notes issued every month should have their images,” Mr Kejriwal said.

He also referred to Indonesia, a Muslim nation that has a picture of Lord Ganesh on its currency note. “When Indonesia can, why can’t we?”

Mr Kejriwal’s suggestions come ahead of elections in Gujarat, Himachal Pradesh and the Delhi civic polls. Since its return to power in Delhi in the 2020 polls, the AAP has pushed hard to expand its national footprint. Its efforts bore fruit when it posted a thumping victory in Punjab earlier this year.

Mr Kejriwal’s latest announcement, when seen against the backdrop of his Ayodhya visit and recent statements, is yet another attempt to make inroads into the BJP’s core Hindu support base.

The announcement has drawn criticism from the AAP’s political rivals.

The BJP’s Sambit Patra said Mr Kejriwal has resorted to “political drama to divert people’s attention from the flaws of his government and the anti-Hindu mindset of the Aam Aadmi Party”.

The Congress called Mr Kejriwal’s demand “vote politics”. “Arvind Kejriwal is B-team of BJP. He doesn’t have any understanding. It is his vote politics. If he goes to Pakistan, he can also say that I am Pakistani, so vote for me,” said party leader Sandeep Dikshit.

Sensex today: Bulls back on D-Street after one-day hiatus on firm global mood