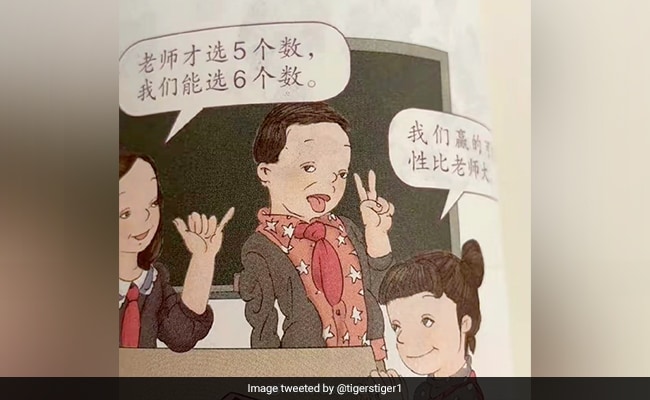 The books were published almost 10 years ago and were used in elementary schools in China.

Chinese authorities have punished 27 educational officials over the publication of a math textbook that showed “tragically ugly” as well as sexually suggestive illustrations.

According to The Guardian, the Chinese Ministry of Education in a statement said that after a month-long investigation officials found the illustrations in the eleventh set of primary school math textbooks published by state-owned People’s Education Press to be “not beautiful” and “quite ugly”. The ministry also stated that pictures did not “properly reflect the sunny image of China’s children”.

The books were published almost 10 years ago and were used in elementary schools across the nation. However, the illustrations went viral back in May after a teacher posted photos of them on social media.

As per Newsweek, inside the book, there was an illustration of a girl’s underwear being exposed as she jumped over a rope. There was a depiction of male genitalia on boys’ pants. The images also showed boys grabbing onto girls’ skirts, while one child appeared to have a leg tattoo.

The drawings sparked a social media outcry in China. Several internet users criticised them as bringing disrepute and “cultural annihilation” to China. Some even accused them of being “pro-United States” because they showed children wearing clothes patterned with stars and stripes and in the colours of the American flag.

On Monday, the Chinese education authorities, therefore, said that the 27 officials were found to have “neglected their duties and responsibilities” and were punished. The president of the publishing house was also given formal demerits, which can now affect a party member’s standing and future employment.

As per The Guardian, the editor-in-chief and the head of the maths department editing officer were too given demerits and dismissed from the roles. The ministry stated that the illustrations and designers were “dealt with accordingly”. They and their studios would no longer be engaged to work on textbook design or related work, the statement said.

Moreover, the ministry also vowed that the Chinese Communist Party (CCP) would strengthen its leadership over education materials to ensure they would always adhere to the correct political direction and value orientation.

Drought-Hit China Plans To Use Cloud-Seeding To Induce Rain: Report