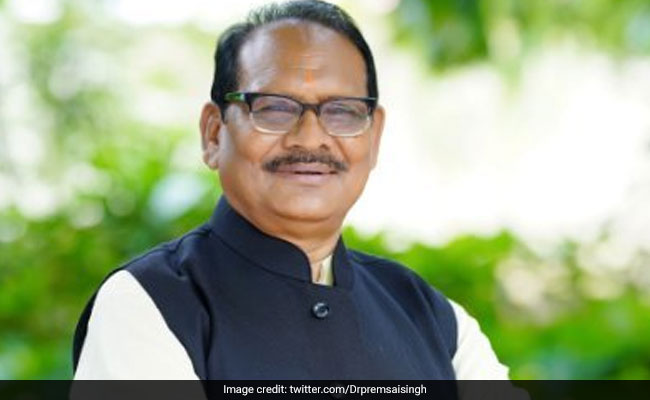 He can be heard talking about drinking alcohol.(File)

Two videos of Chhattisgarh minister Dr Premsai Singh Tekam are making rounds on social media. In the two videos, the Congress leader can be seen making statements regarding liquor and road accidents.

In one of the videos, he can be heard talking about drinking alcohol.

“People talk about alcohol and the harms associated with it, but no one talks about the many benefits also attached to it. Also, when we talk about alcohol, we should remember the proper way of drinking it, there is dilution and there is a proper ratio in which alcohol should be diluted with water,” he can be heard saying at the event.

#WATCH | At a de-addiction drive, Chhattisgarh Min Premsai Singh Tekam says, “There should be self-control. I once went to a meeting where they spoke for & against liquor. One side spoke of its benefits. Liquor should be diluted, there should be a duration (to consume it)”(31.8) pic.twitter.com/FE8HJd3ktD

“We get calls from people about the poor conditions of the road, but road accidents don’t occur on those roads. While, the places with very good roads, their people drive at full speed, and accidents happen there,” the minister can be heard saying.

Ever since the videos have been uploaded, it has created discussions on social media regarding the “credibility” of Mr Tekam as an education minister.

India Bursts Into A Market Once Dominated by China

Realtor Supertech’s Statement An Hour Ahead Of Blast

Ford To Cut 3,000 Jobs In North America And India As It Turns To A Software Future