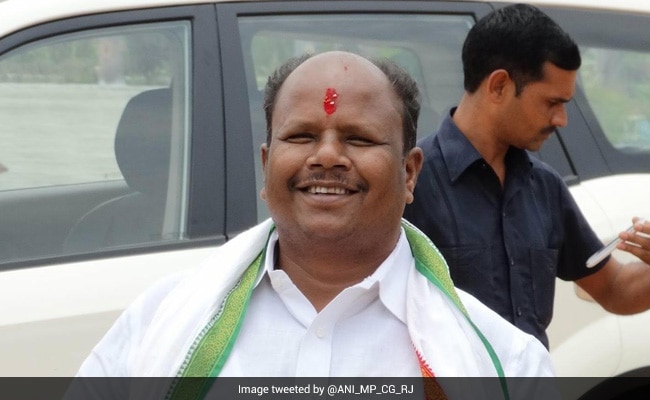 Manoj Singh Mandavi was a prominent tribal face of the party in Bastar region.

Manoj Mandavi, 58, was taken to a hospital in neighbouring Dhamtari town after he suffered a heart attack where he died in the morning, state Congress communication wing head Sushil Anand Shukla said.

Manoj Mandavi, who represented Bhanupratappur constituency in Kanker district, was at his native village Nathia Nawagaon in Charama area of the district on Saturday night.

After he complained of uneasiness, he was taken to a hospital in Charama where doctors attended to him, Mr Shukla said.

Manoj Mandavi was then shifted to a hospital in neighbouring Dhamtari town where he died, the Congress leader said.

The three-time MLA and a prominent tribal face of the party in Bastar region, Mr Mandavi had served as the minister of state for home and prisons during the Ajit Jogi-led Congress government in the state between 2000 and 2003.

Russian Artists Mesmerise Audience With Their Ramlila Performance In Ayodhya