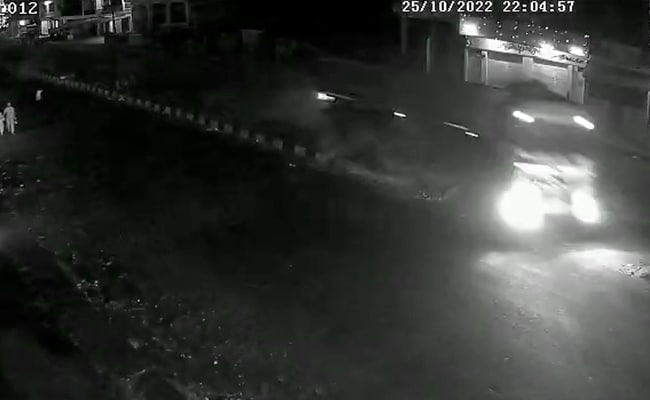 In the CCTV footage, the truck is seen crashing into a road divider.

Three people died and four others were injured after a loader truck collided with an autorickshaw in Uttar Pradesh’s Azamgarh on Tuesday night. A CCTV camera captured the truck losing control and crashing into a road divider before it hit the autorickshaw off camera.

According to the police, the accident occurred near Thekma in Azamgarh’s Bardah around 10 pm on Tuesday. The truck first hit the autorickshaw and then rammed into an electric pole.

In the CCTV footage, the truck is seen crashing into a road divider as it drives past the camera. Seconds later, sparks shoot out of overhead power lines as scores of onlookers run towards the direction of the collision.

“The passengers in the autorickshaw were on their way back home from Vidhyanchal. A 17-year-old girl died on the spot while those injured were rushed to a nearby hospital where later, a child and an elderly man also died of injuries,” said a police official.

The truck driver has been arrested and a case has been registered against him, he added.

Why is India’s drug regulator going after Dinesh Thakur and T Prashant Reddy?