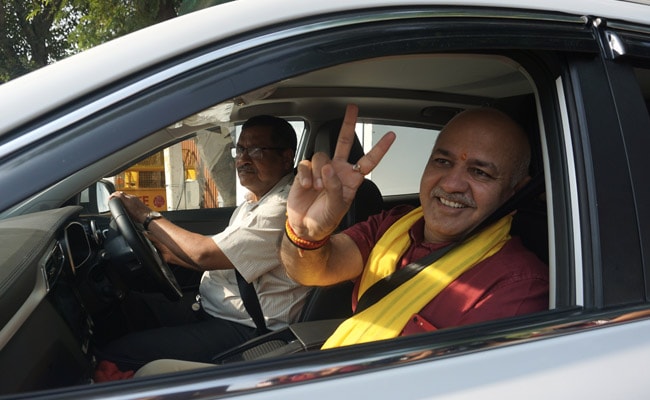 Mr Sisodia has claimed that the case against him was “fake”.

The BJP on Monday dubbed the Aam Aadmi Party as the “biggest corrupt party” after Delhi Deputy Chief Minister Manish Sisodia appeared for questioning before the CBI in the excise policy case.

Addressing a press conference at the party headquarters here, BJP spokesperson Sambit Patra said the AAP was formed with a pledge to fight corruption, but it turned out to be the “biggest corrupt party”.

“AAP is the biggest gimmick party. It was formed to fight corruption and its leaders turned out to be diehard corrupt,” Mr Patra charged.

He also said Mr Sisodia was raising slogans in the car while going to the CBI office as if the party “had won the world cup in corruption”.

Ahead of his questioning by the CBI in the excise policy ‘scam’, Mr Sisodia claimed that the case against him was “fake” and linked the development with campaigning in poll-bound Gujarat.