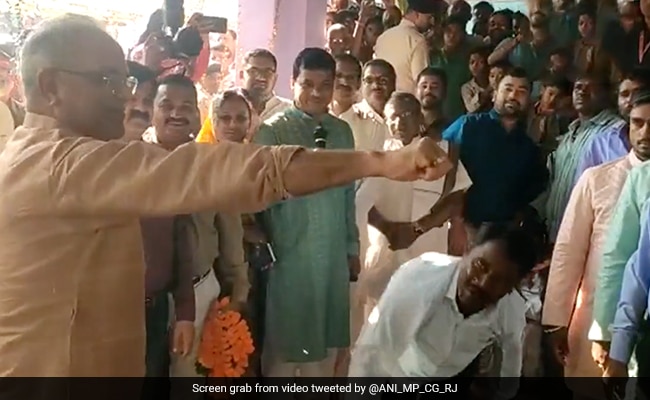 Chhattisgarh Chief Minister Bhupesh Baghel got whipped on the wrist with a rope as part of a folk tradition at two villages, Jajangiri and Kumhari, in Durg district. The “sonta prahar” or blow from the whip during Gaura Gauri worship is believed to bring good luck and avert evil, said a note later issued by his office.

He tweeted a video of it, saying, “Strike of the sonta, following the tradition.”

The Chief Minister takes part in this ritual every year to pray for the prosperity of the state, said the press release by his office.