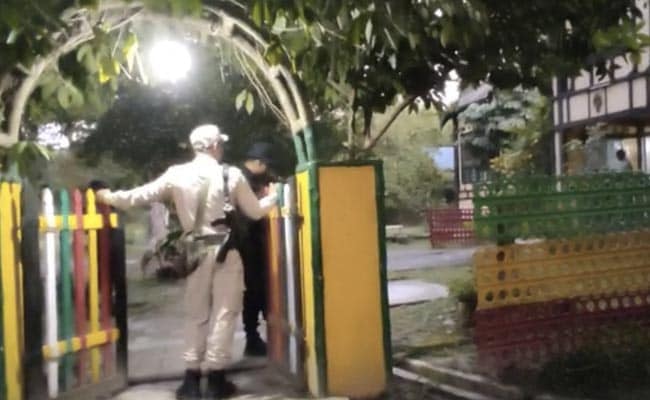 Police said the detained Germans have been kept in Kaziranga

Assam will deport seven German nationals for breach of visa rules, the authorities said today. They were restrained by the police for attending religious gatherings in parts of the state without obtaining missionary visas. Along with them, an Indian from Jharkhand was also detained.

According to police sources, the seven Germans had attended religious gatherings in Tinsukia and Karbi Anglong and were in Golaghat. They had plans to visit other areas of the state, but were stopped by Assam Police.

Police said the restrained persons are now in Kaziranga. They will be taken to Guwahati and then to Kolkata and deported.

This is part of Assam’s crackdown on tourist visa violations and illegal visits to religious gatherings in the state.

Yesterday, three Swedish nationals – Marcus, Hanna and Susanna – were deported to Stockholm after paying a fine of $ 500 each for visa violation.

A case was filed by the police against the three for attending a religious meeting in Dibrugarh district while travelling on tourist visas, a senior police officer had said.

The tourists were produced in court on Wednesday and found guilty under the Foreigners Act. The court directed the Deputy Commissioner of Police and the district police to arrange for their deportation.

Prior to that, 17 Bangladeshi nationals were arrested in Assam’s Biswanath district. Police claimed the clerics from the neighbouring country were radicalising young men in the state.

Family Outing At Gujarat Bridge, Then Tragedy For Pregnant Mother