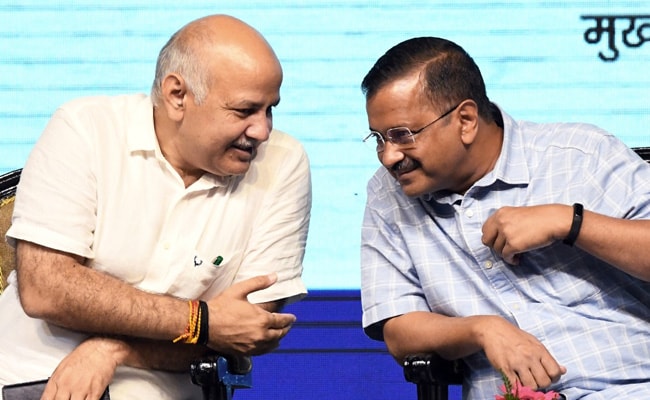 Arvind Kejriwal asked voters to give his party at least 150 seats in the 182-member Gujarat Assembly.

Aam Aadmi Party (AAP) convener and Delhi Chief Minister Arvind Kejriwal today claimed the BJP-led government at the Centre plans to keep his deputy Manish Sisodia in jail till the declaration of Gujarat Assembly poll results as it does not want him to campaign in the state.

Assembly polls in the western state, being ruled by the Bharatiya Janata Party (BJP) for the past 27 years, is likely to be held in the next two months. The AAP has been positioning itself as the main political challenger of the BJP in the state.

Addressing a rally in Unjha in Mehsana district, Kejriwal said when his party comes to power on December 8, “jail ke taale tootenge, Manish Sisodia chhootenge” (the locks of the jail will break and Sisodia will be free).

December 8 is the vote counting date for Himachal Pradesh Assembly polls, though no schedule has been announced by the Election Commission for Gujarat elections.

Kejriwal said Sisodia, a senior AAP leader, has built many schools in Delhi and was supposed to visit Gujarat for poll campaigning, but “today, the CBI has called him (for questioning) and will arrest him”.

“They will keep him (Sisodia) behind bars till December 8. They do not want him to campaign here. But when the AAP comes to power in Gujarat on December 8, ‘jail ke taale tootenge, Manish Sisodia chhootenge’,” said the AAP leader, repeating his newly-coined slogan three times.

Kejriwal, on the second day of his two-day visit to the state, asked voters to give his party at least 150 seats in the 182-member Gujarat Assembly as a simple majority would allow the BJP to wean away some of the MLAs to bring down the government.

The Delhi CM reiterated promises of withdrawing cases against those involved in agitations, free electricity up to 300 units and financial assistance of Rs 1,000 to each woman if the AAP comes to power in Gujarat.

Viral: This Artists Realistic Food Paintings Are A Hit With Food Lovers