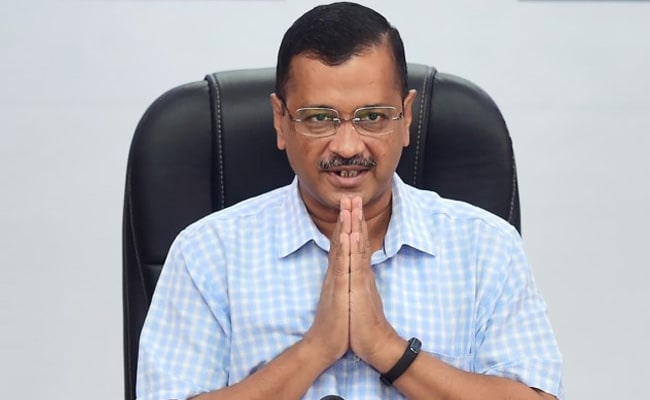 “People are very excited by this,” Arvind Kejriwal said in his letter to the PM.

Delhi Chief Minister Arvind Kejriwal today doubled down on his demand that currency notes carry pictures of Goddess Lakshmi and Lord Ganesh. He had yesterday urged the Prime Minister to issue new currency notes with the images, suggesting it would help the country tide over economic hardships.

Today, he formally wrote a letter to Narendra Modi, “requesting on behalf of 130 crore Indians”, that pictures of Goddess Lakshmi and Lord Ganesh be put on currency notes along with Mahatma Gandhi.

“The country’s economy is going through a very bad phase. Even after 75 years of Independence, India is known as a developing and poor country…On one hand, citizens need to work hard, but we also need God’s blessings for our efforts to bear fruit,” he said in his letter, written in Hindi, which he also posted on Twitter.

Arvind Kejriwal further said his public demand in yesterday’s press conference has tremendous support of the people. “People are very excited by this, everyone wants this to be implemented at the earliest,” he added.

On Thursday, the Aam Aadmi Party chief had said that Lakshmi is the goddess of prosperity and Lord Ganesh removes hurdles. “I am not saying change all notes. But all the fresh notes issued every month should have their images.”

He had referred to Indonesia, a Muslim nation that has a picture of Lord Ganesh on its currency note. “When Indonesia can, why can’t we?” Lord Ganesh’s image is printed on the 20,000 rupiah note of Indonesia.

AAP and Mr Kejriwal have come under criticism from several supporters and detractors alike, who see this as an attempt to mimic the BJP’s politics in order to sideline other opposition parties and become the primary challenger to them.

Himachal Pradesh and Gujarat assembly elections are round the corner, so are the Delhi civic body polls, and AAP has been consistently trying to corner the BJP and chip away at its tradition majority voter base.

The BJP had scoffed at Mr Kejriwal’s comments and called it his “latest U-turn”, while the Congress termed it “vote politics”.

As Kim Jong Un Debuts Daughter, Multiple Signals Go Out To The World