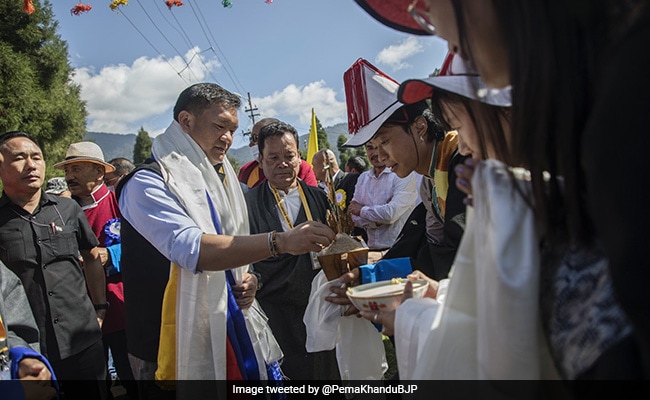 Local Arunachalee people have learnt so much from the Tibetan settlers, said Arunchal CM Pema Khandu

Arunachal Pradesh Chief Minister Pema Khandu said that local indigenous communities have learnt a lot from the Tibetan settlers in practicing and keeping alive their own traditional textile and handloom, language and rich culture.

Sambhota Tibetan School was established in 1972, imparting formal education not only to children of the Tibetan settlers but also of local communities residing nearby.

“I make a point to visit the Tibetan settlements whenever on tour. I have visited both the settlements in Eastern Arunachal and found that the indigenous communities around these settlements have in fact benefitted from the Tibetans,” he said.

Referring to a message from Dalai Lama in his address, Mr Khandu reiterated that our focus should be on inculcating compassion, human values in our children and also teach them about the significance of our environment, climate and our planet.

Tenzing Gang is one of the three official settlements for the Tibetans in Arunachal Pradesh. The other two settlements are in Tezu and Miao.

(Except for the headline, this story has not been edited by NDTV staff and is published from a press release)