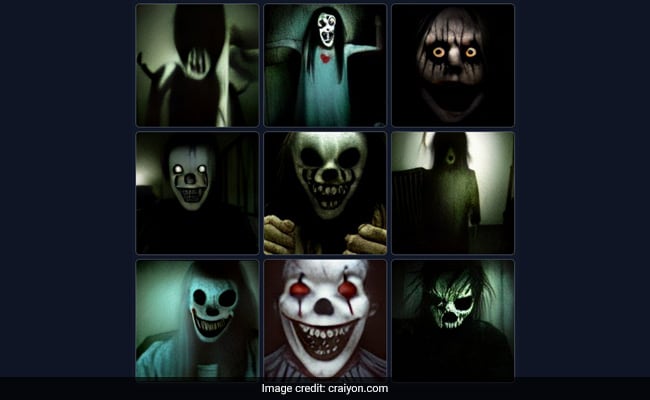 Artificial Intelligence (AI) has created the images of “scariest thing on Earth”, while responding to the queries from users. The results are horrifying, with the images showing monsters with long sharp teeth and empty eye sockets. The images have been created by Craiyon AI, formerly known as Dall-E mini AI image generator. It delivers images based on prompts. For the query about the scariest image, it pulled together nightmarish images to deliver the final result, according to New York Post.

These creatures resembled characters from mainstream horror films and series like It and Stranger Things. These images are also shared on TikTok, unavailable in India, and other social media platforms.

Using the AI platform is easy. Its website offers a text box where users can type the kind of images they are looking for and Craiyon AI will create the image based on that.

However, some images are blurry and its maintenance team is working to fix the issue. They said that the system scans through unfiltered data from the internet to create the final result.

These systems are trained on millions of real images, which the AI goes through to understand the patterns and uses it to respond to user queries.

The platform started going viral earlier this year when social media users discovered its ability to create funny and scary images and started posting about it.

Users have asked it about last thing people see before they die, people’s biggest fears and what the future of Mark Zuckerberg’s Metaverse will look like.

It has also created scary image composition based on a person’s name.

Wild Elephant Dies After Falling Into Septic Tank In Kerala

Zelensky On Israel’s Failure To Give Ukraine Weapons