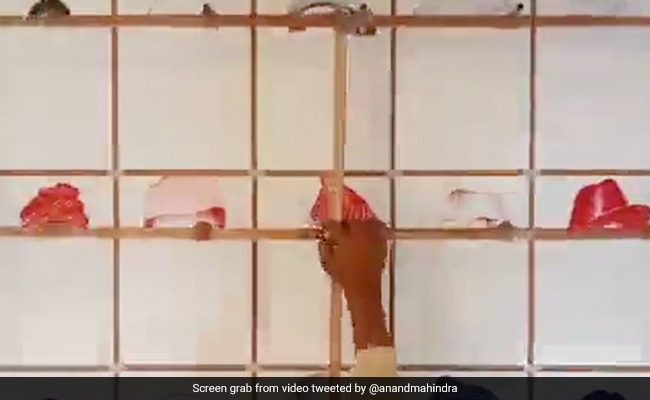 Mr Mahindra praised the teenager’s talent, calling it a “miracle.”

Industrialist Anand Mahindra has shared a video on his Twitter handle in which a girl is seen drawing 15 portraits of India’s freedom fighters simultaneously. He has offered financial support to the girl after the video of her talent went viral. A text subtitle on the video claims that the girl has broken a Guinness World Record, but there is no confirmation about it. The record-keeping body hasn’t posted anything recently about the girl’s achievement on its social media platforms.

“How is this even possible?? Clearly, she’s a talented artist. But to paint 15 portraits at once is more than art-it’s a miracle! Anyone located near her who can confirm this feat? If valid, she must be encouraged and I’d be pleased to provide a scholarship and other forms of support,” Mr Mahindra said in his tweet.

How is this even possible?? Clearly she’s a talented artist. But to paint 15 portraits at once is more than art—it’s a miracle! Anyone located near her who can confirm this feat? If valid, she must be encouraged & I’d be pleased to provide a scholarship & other forms of support. pic.twitter.com/5fha3TneJi

The teenager in the 2:20 second video is holding a square-shaped frame in her hand, which contains several coloured pencils, and her next move astounded everyone.

After setting the frame on a large sheet of paper, the woman moves the pencils around before beginning to sketch pictures of many characters in separate compartments at the same time.

The video wowed internet users, who showered the artist with love and admiration in the comments section.

One user wrote, “This is extraordinary art, which I have never seen. This child is gifted with impeccable talent. “This should be brought to the world. You go ahead, Sir, and I will support her by taking her talent to the world through social media and the internet.” and another user wrote, “Amazing talent, Social media brings to world.”

stocks to buy: This PMS won’t invest in private banks or IT services stocks. Here’s why

Those Who Call Themselves Kattar Imaandaar, Are Most Corrupt: PM Modi In Himachal