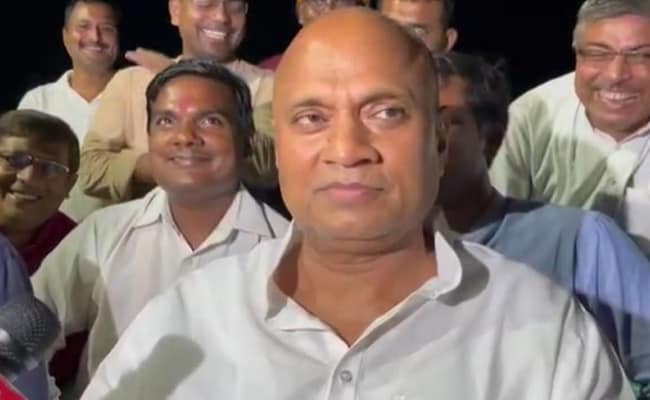 RCP Singh said Nitish Kumar will not become PM even if he were to reborn seven times. (File)

Former JD(U) national president RCP Singh, who was in the eye of a political storm in Bihar, on Thursday said he was keeping “all options open”, including a formal entry into the BJP.

The former Union minister also lashed out at Chief Minister Nitish Kumar for the latest political u-turn that saw the de facto JD(U) leader dumping the BJP and realigning with the “Mahagathbandhan” of the RJD, Congress, and the Left.

“I have all options open”, said Mr Singh, and when pointedly asked whether he would like to join the BJP, he quipped “why not?”

The bureaucrat turned politician, who had to give up his ministerial berth upon denial of another Rajya Sabha term by the JD(U), maintained that Mr Kumar, the de facto leader of the party, “will not become the prime minister even if he were to be reborn seven times”.

“These are not times of political instability in the country when Chandra Shekhar, H D Deve Gowda, I K Gujaral etc. could enjoy brief stints as PM,” said Mr Singh.

The JD(U) accused Singh of having become a mole of the saffron camp.

He denied allegations of having acted against the JD(U)’s interests at BJP’s behest in the last assembly polls of 2020, and a few months later, having become a Union minister without consent of the Bihar CM.

“Why was the alliance not called off immediately after assembly polls if there was sabotage (bhitarghaat)? Why did senior party leaders congratulate me if my becoming a minister was an act of defiance?”, asked Singh.

He alleged that Mr Kumar “had made up his mind to betray the mandate of 2020 when people had voted the NDA back to power. I am just being used as an alibi to justify yet another volte-face. I wonder how many times can he switch sides”.

AAP To Meet President To Complain About BJP’s “Operation Lotus”