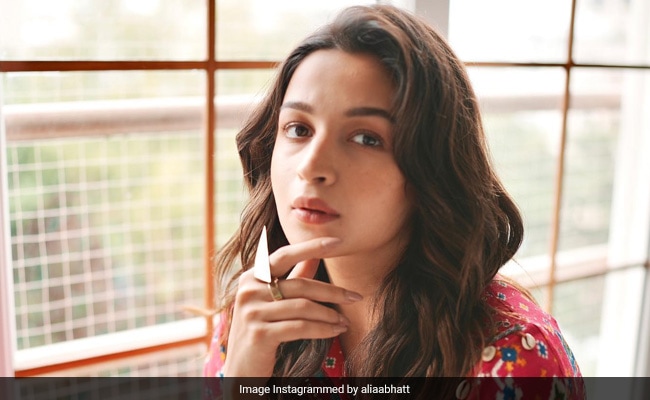 Alia Bhatt is unstoppable. The actress has now been announced as a recipient of the Time100 Impact Awards. Alia has shared a screengrab of Time’s essay on her and added sun icons to her caption. Time described Alia as a “modern woman” with “flaws and all.” Known for her performances in movies such as Highway, Gangubai Kathiawadi, Raazi and Darlings, Alia has now made a name for herself in Bollywood as a brilliant actress and producer. She is also making her Hollywood debut with Tom Harper’s Heart Of Stone, co-starring Gal Gadot and Jamie Dornan. Alia’s mother, veteran actress Soni Razdan was the first one to drop a cute comment under the post. She wrote, “Tadaaaaa.” Actress Dia Mirza left a bunch of emojis.

Alia Bhatt has earned the “modern woman” image for herself, thanks to her powerful and fierce roles, the Time added.

On why the audience relates to her characters so much, Alia Bhatt said, “We have to be so many things. Just bringing everything: the vulnerability, the jealousy, the lows, the highs, the real things that we are afraid of even thinking. If you bring that to the forefront on the big screen, then the person watching you from the audience will feel like, ‘OK, I’m not the only one.’”

Alia Bhatt, who was last seen in Brahmastra, said that she has found herself “behaving very, very differently with each release… Way more calm, way more collected, way more resigning to my destiny and to fate.”

During her interaction, Alia Bhatt also talked about how she chooses a role or a project now. Alia is the second Bollywood actress to receive the Time100 Impact Awards. Earlier this year, Deepika Padukone received the award for her contribution to cinema and spreading awareness about mental health.

Alia Bhatt will be honoured with the Time100 Impact Awards at an invitation-only cocktail party at the National Gallery Singapore on October 2. She, along with other honorees – former James Webb Space Telescope Program director Gregory L. Robinson, singer-actor Lea Salonga and computational geneticist Dr Pardis Sabeti – have been invited to a viewing party for the Formula 1 Singapore Grand Prix after the ceremony.

“No Botox, No Fillers,” Mallika Sherawat Clarifies In New Post