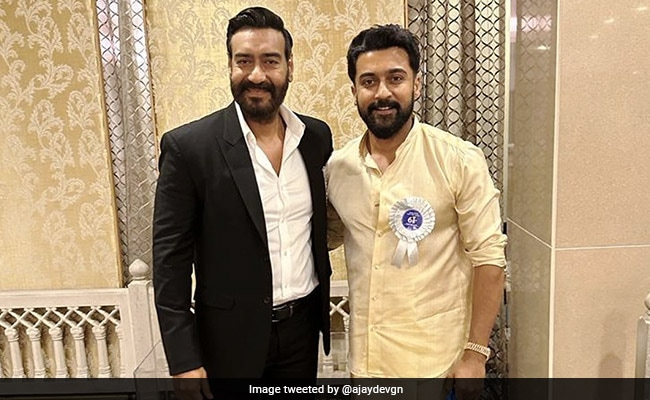 Ajay Devgn has shared a special post for his “fellow best actor award winner” Suriya. Yes, the picture is from the 68th National Film Awards ceremony, which was held on Friday night. Along with the photo, Ajay Devgn wrote, “It was fantastic to share time with my esteemed colleague & fellow best actor award winner, Suriya. Deeply respect his talent and love his movies.” Ajay Devgn and Suriya have shared the Best Actor award for their films, Tanhaji: The Unsung Warrior and Soorarai Pottru, respectively. 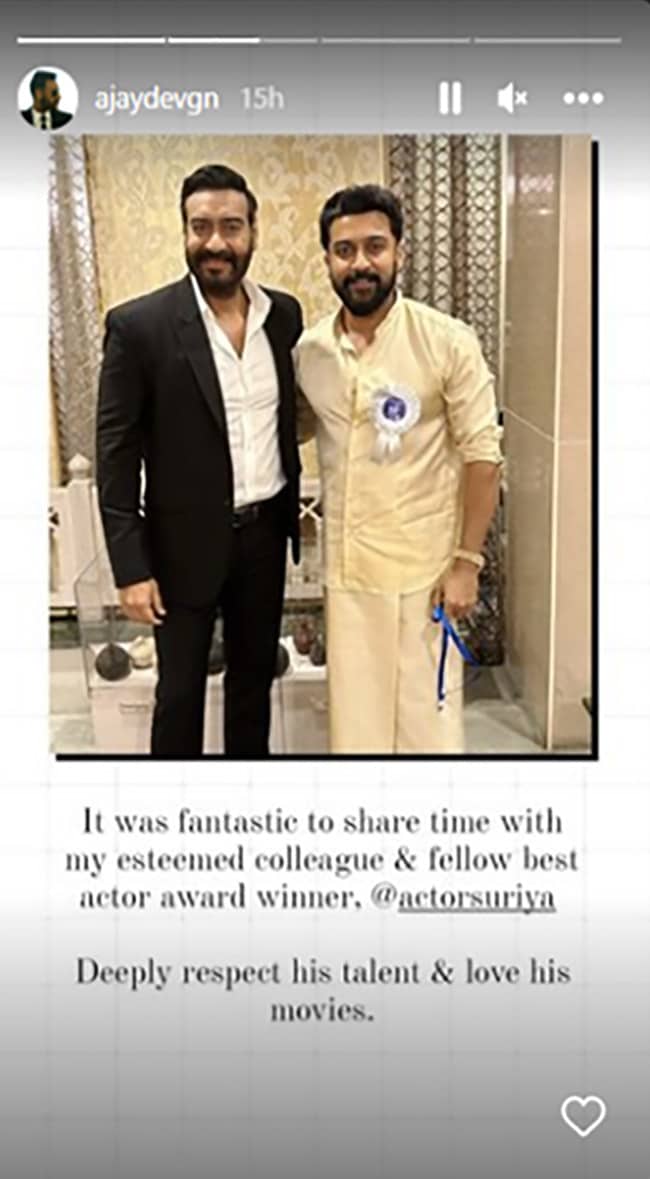 Ajay Devgn has also received the National Film Awards for Tanhaji: The Unsung Warrior, under the Best Popular Film Providing Wholesome Entertainment category. His wife, actress Kajol, who was also part of the movie, has shared an oh-so-lovely post for the actor. Along with a photo of Ajay Devgn, Kajol wrote, “Bringing home two National Awards and looking good is difficult.” 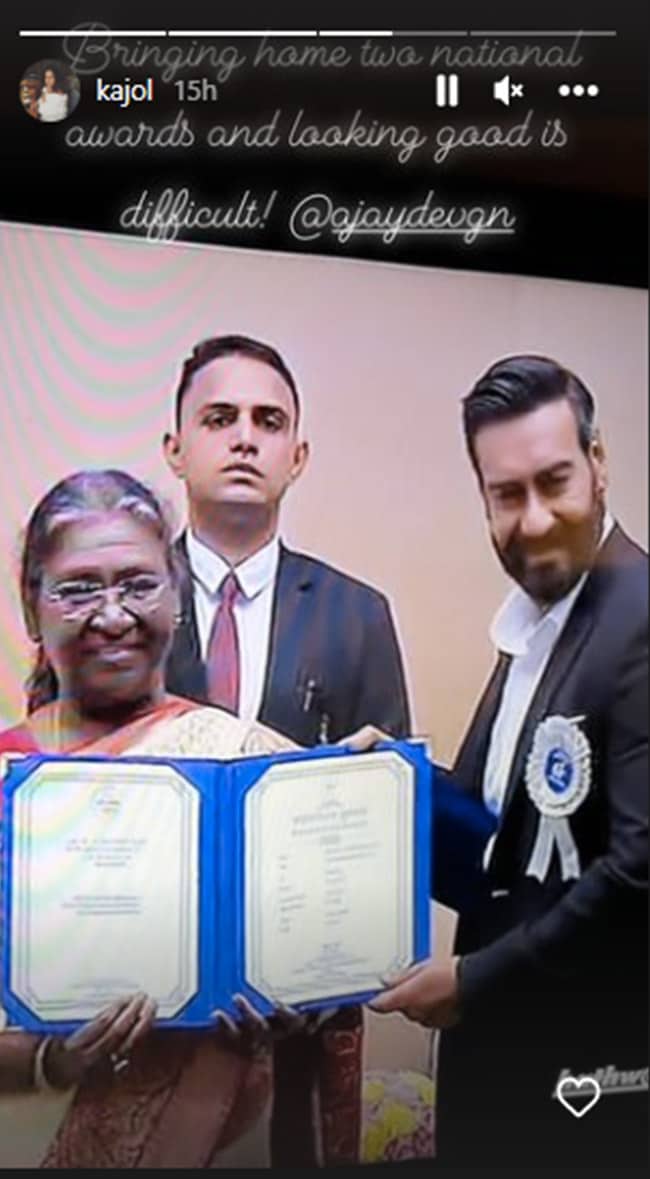 Previously, Ajay Devgn won the National Film Awards for his performances in the 1998 film Zakhm and The Legend of Bhagat Singh, which was released in 2002. To mark the special day, the actor has shared a video of his performances in these films and wrote, “Not counting the wins or the blessings, just feeling grateful for all of it. Most importantly, your love. I share this win with all of you. Honoured to receive my awards from the President of India Smt. Droupadi Murmu.”

Tanhaji: The Unsung Warrior, an Om Raut directorial, also featured Kajol, Sharad Kelkar and Saif Ali Khan in crucial roles. The movie was jointly bankrolled by
Ajay Devgn and Bhushan Kumar. Ajay Devgn will be next seen in Thank God alongside Sidharth Malhotra.

The movie is co-produced by Suriya and his wife, actress  Joytika.

National Vodka Day 2022: Celebrate With These Quick And Easy Cocktails

Shah Rukh Khan’s Film To Open In Over 100 Countries