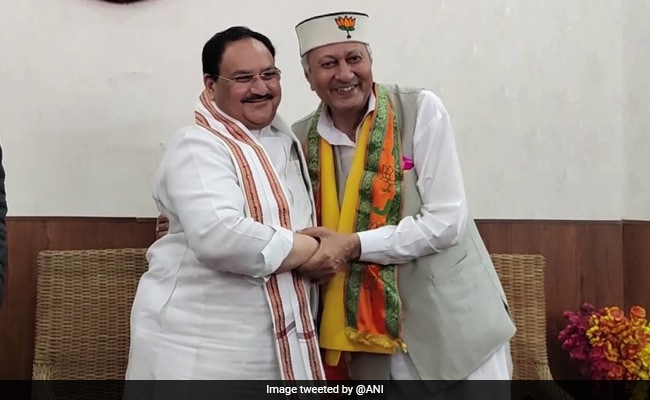 BJP National President J P Nadda welcomed him into the party and said, “Mankotia decided to leave Congress and join and serve BJP. I welcome him to the party.”

The development came days before the state’s Assembly election that is going to commence on November 12, while the counting of the votes will be done on December 8.

Earlier on Wednesday when the BJP Central Election Committee released its first list of 62 candidates for the elections, the BJP Mandal of Dharamshala witnessed an en-masse resignation of over 150 party supporters and workers, upset over the party’s decision to deny ticket of the BJP sitting MLA Vishal Nehria from Dharamshala constituency.

However, Bharatiya Janata Party candidate Rakesh Chaudhary on Thursday filed his nomination to contest from the Dharamshala seat in the upcoming Assembly polls.

Congress in Himachal Pradesh is relying on the former Chief Minister late Virbhadra Singh’s legacy in the state.

The state congress Chief and wife of the late Virbhadra Singh, Pratibha Singh, said on Sunday that the people of the state want to see the picture of Mr Singh in the campaign and want to bring back the congress party in power.

“We don’t have any shortage of leaders; we shall bring all leaders for the campaign as per the need in the campaign. (Virbhadra Singh) He was the only leader who used to bring everyone together, we shall try to carry his legacy. People have demanded Virbhadra’s face in the campaign as a big poster as they still remember his love, affection, and contribution to the state. We are definitely winning the state elections and will form the government,” she said.

On the last day, as many as 376 candidates filed their nominations for the Himachal Pradesh Assembly polls, taking the total to 630 candidates for 68 Assembly seats of the state.

The BJP won 44 seats in the previous Assembly polls while the Congress won 21 seats.