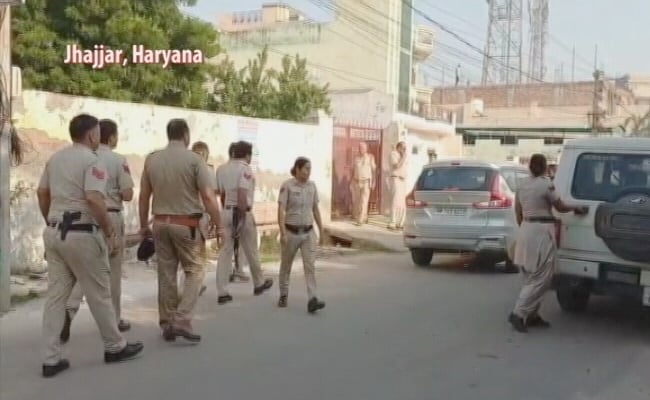 Advocate Shelly Sharma said a team of the NIA conducted a “raid” at her residence.

The Bar Council of Punjab and Haryana on Tuesday condemned the alleged National Investigation Agency (NIA) raid at the residence of an advocate in connection with a case to probe “emerging nexus” between terrorists, gangsters and drug smugglers.

Shelly Sharma, a senior lawyer at the High Court of Punjab and Haryana and the district court in Chandigarh, is the counsel of some gangsters and criminals.

The Bar Council wrote to the Director General of the NIA after the alleged raid was conducted at the residence-cum law-office of Ms Sharma.

The NIA on Tuesday carried out raids at 50 places, covering residences of noted gangsters, in Punjab, Haryana and Uttar Pradesh in connection with the case registered to probe the “emerging nexus” between terrorists, gangsters and drug smugglers.

Speaking to reporters, advocate Ms Sharma said a team of the NIA conducted a “raid” at her residence on Tuesday morning.

She claimed that the NIA team checked her rooms, laptops and some documents and also took away her two mobile phones.

The alleged raid of the NIA against the advocate was condemned by many lawyers of the Punjab and Haryana High court and the district court.

Bar Council of Punjab and Haryana chairman Suvir Sidhu, in the letter to the NIA, said investigating agencies were expected to be fair and operate consistent with constitutional norms.

“But such raids (at advocate’s house) being conducted by a premier agency on baseless grounds is reflective of such ‘police excesses’. The grounds and manner on/in which these raids were conducted are a matter of grave concern for the entire lawyers’ community in particular and litigants in general,” the letter read.

“Advocates are protected under special attorney-client privilege and the right of each citizen to pursue his/her legal remedies by engaging a lawyer of choice,” he said.

“The NIA cannot raid a lawyer’s residence-cum-legal office in this manner and look into privileged communication, as has been done in this case whereby phones and other electronic means have been seized,” he wrote.

The letter said such raids can only be understood to be purposely designed to intimidate and deter the advocates from pursuing the cases on behalf of accused, victims or convicts.

Mr Sidhu said the council has viewed such “unconscionable condemnable deliberate acts of false intimidation and overreach against its advocate on roll very seriously”.

“The council requests your good self to immediately supervise such actions, take due note of such excess/take appropriate action and restore the rights, dignity and pride of the legal fraternity which has been deeply infringed,” he said in the letter.

The Bar Council is the statutory body governing and regulating advocates in Punjab, Haryana and Chandigarh.

Woman Peed On Her Own Seat