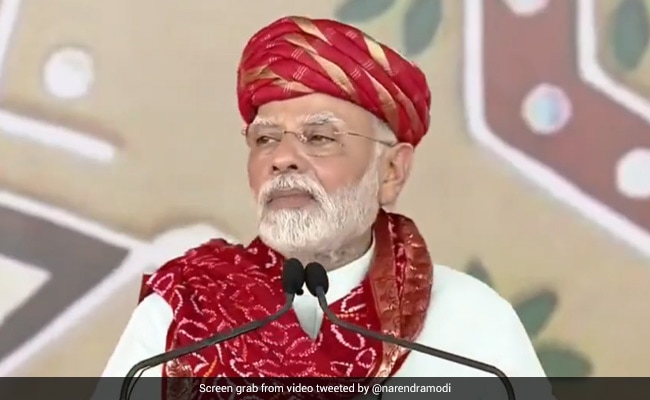 A “camp office” of the PMO should be set up in Gujarat in view of Prime Minister Narendra Modi’s frequent visits to the state ahead of the Assembly elections, senior Congress leader Ashok Gehlot said today.

He also took a swipe at Aam Aadmi Party leader Arvind Kejriwal, saying he was like “(Narendra) Modi’s brother” in terms of body language and style of speaking.

Speaking at a press conference in Ahmedabad, the Rajasthan Chief Minister also questioned the source of the funds the AAP is spending on campaigning in Gujarat.

Both PM Modi and Delhi Chief Minister Kejriwal have been visiting Gujarat frequently ahead of Assembly elections, while Congress leader Rahul Gandhi has been conspicuous by absence.

“The Prime Minister started visiting Gujarat the very next day after winning the Uttar Pradesh elections. Work is suffering in Delhi. He should open a camp office of the PMO in Gujarat so that work continues smoothly,” said Gehlot, the Congress’ senior observer for Gujarat elections.

“A Prime Minister is a very busy person. Why should he visit his state so often? His name is enough. Is it a small thing that the leader from this state is prime minister? (Union Home Minister) Amit Shah is also camping here,” he added.

PM Modi and Amit Shah’s programmes are funded by the government even though the BJP does not lack resources, the Congress leader further said.

“The country is concerned about the way the Constitution is being bulldozed, democracy is in danger. The way money is being spent on the programmes of the prime minister and union home minister…They are misusing government machinery to win elections,” Mr Gehlot alleged.

Terming electoral bonds a “big scam” and one of the reasons democracy is in danger, he asked how could there be a level-playing field if “all the money goes to one party and the other party does not have money.” The Congress is fighting elections “with limited resources,” he said.

About Mr Kejriwal, the Congress leader said he was like “(Narendra) Modi’s brother” and “no less than (Prime Minister) Modi in the way he speaks, his body language.”

“He talks about making India number one. You have become so arrogant after winning Punjab that you will make the country number one on that basis? He talks about giving free electricity by hiring people in large numbers. Don’t know where does the money (for campaigning) come from,” Mr Gehlot said.

Asserting that Congress was the only national party, he said the BJP may have won elections in north India but it was Congress which kept democracy alive.

“Had democracy not been alive, how would (Narendra) Modi have become Prime Minister?” he asked.

K Kailashnatha, chief principal secretary to Chief Minister Bhupendra Patel, had become the “de facto chief minister of Gujarat,” Mr Gehlot alleged, advising Patel to show some courage as “the chief minister is like the Prime Minister in a state.”

The Congress will give tickets to only those whose integrity is not suspect and who do not quit the party after winning, Mr Gehlot said, adding that the first list of candidates would likely be released after Diwali.

“People quit the party after winning the election. Can there be bigger opportunism? (Party leaders) Raghu Sharma and Jagdish Thakor are working on this (list of candidates),” he said.

Prime minister Narendra Modi was only repeating the promises made in the past during the campaign and the BJP’s ‘Gaurav Yatra’ was a “flop,” Gehlot claimed.

“People want a change and there will be a change….Our campaign has started. We are fighting elections with limited resources, they are misusing money, so they should be worried,” he said.

Lives Of Bihar People At Risk Due To State's Policy On Liquor Ban: Patna High Court