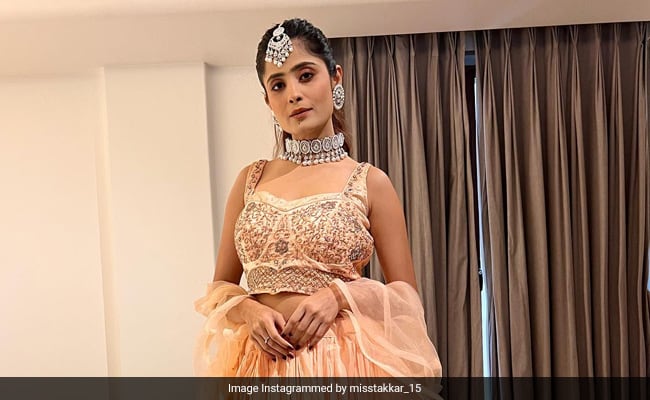 The ex boyfriend named by TV actor Vaishali Takkar in her alleged suicide note was arrested on Wednesday, three days after her death, by the Madhya Pradesh police.

The note recovered from her home suggests she was stressed and was being harassed by a former boyfriend, according to police.

A case of abetment to suicide was registered against Rahul Navlani (the actor’s neighbour and former boyfriend) and his wife Disha. The man has now been arrested but his wife is still on the run.

“The accused was a neighbour so he knew about the goings on and managed to escape…Teams were sent to different states, we even announced a reward. Lookout circular was issued. He is being questioned,” Indore Police Commissioner Harinarayan Chari Mishra confirmed the arrest to NDTV.

Mr Mishra added that the electronic gadgets held by the accused have been seized and further investigation is underway.

Rahul Navlani, the actor’s family had alleged, was harassing her since he came to know about her marriage plans. Ms Takkar and Mr Navlani’s fathers are business partners and they have known each other for long, said cops.

Vaishali Takkar began her acting career with Yeh Rishta Kya Kehlata Hai in 2015. She followed it up with Sasural Simar Ka and worked in more than a dozen serials.

She was recently seen in Rakshabandhan where she starred opposite Nishant Malkani of reality show Bigg Boss fame.

Punjab To Increase Milk Supply From 30000 To 2 Lakh Litres To Delhi: Bhagwant Mann