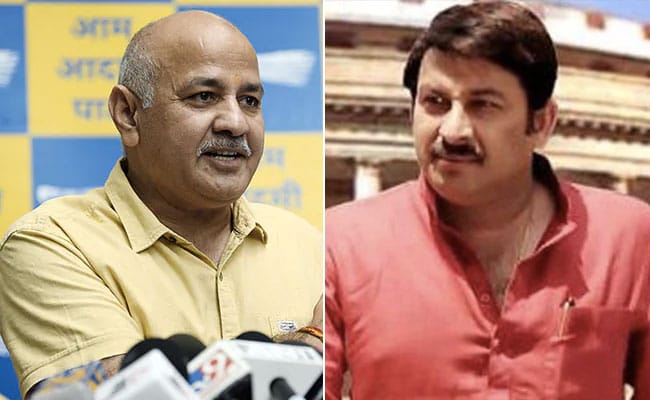 The fierce crossfire between the Aam Aadmi Party (AAP) and the BJP over the charges against Manish Sisodia, today featured Maharana Pratap, the legendary 16th century ruler who fought Mughal emperor Akbar.

This morning, Manish Sisodia, the Delhi Deputy Chief Minister, alleged that the BJP had offered to shut all cases against him if he quit AAP and switched sides.

“I have received BJP’s message – ‘break away from AAP and join BJP, we will get all CBI-ED cases closed’. My reply to BJP – I am a Rajput, a descendant of Maharana Pratap. I will cut off my head but I will not bow down in front of corrupt conspirators. All the cases against me are false. Do whatever you want to do,” Mr Sisodia tweeted in Hindi.

He said the BJP had offered to make him their Chief Ministerial candidate in Delhi. “Arvind Kejriwal is my political guru. I have no ambitions of becoming Chief Minister – I only want to provide quality education to every child in Delhi and ultimately, every child in the country,” he said.

Earlier, Mr Sisodia had declared that he did not fear jail as “I am the son of Bhagat Singh”.

The BJP’s Manoj Tiwari fired back at the senior AAP leader, targeting him with the allegations of liquor policy violation that are being investigated by the CBI.

“Maharana Pratap used to make people drink alcohol? You are selling alcohol in every nook and corner. You are comparing Maharana Pratap with someone facing a corruption case? Such corrupt people can only find place in AAP. He will get punishment for his wrongdoing,” said Mr Tiwari.

Mr Sisodia emphatically denied any wrongdoing in the new liquor policy that he implemented for eight months before cancelling it last month amid a row with the Centre, which said he should have taken the approval of the Lieutenant Governor. All the cases are false, he said.

Mr Sisodia said the Delhi liquor policy was the “best” of its kind and would have earned Rs 10,000 crore every year, had the previous Lieutenant Governor not changed his mind at the last minute about allowing liquor shops in unauthorized areas.

As Union Minister Anurag Thakur of the BJP mocked Mr Sisodia, AAP leader Sanjay Singh termed the “distortion” of his name “unfortunate” and said he is a descendant of Maharana Pratap.

No Military Solution To Any Conflict: India On Armenia-Azerbaijan Clash