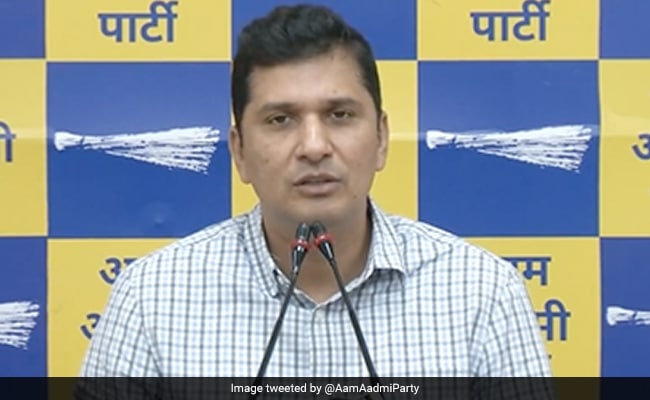 The Aam Aadmi Party today challenged Prime Minister Narendra Modi to a lie-detector test, throwing back the BJP’s jibe at Delhi Deputy Chief Minister Manish Sisodia, who was questioned yesterday by the CBI for an alleged scam in liquor sale policy.

“The CBI interrogated Manish Sisodia on false charges,” said AAP chief spokesperson and MLA Saurabh Bharadwaj. “The BJP says he should be subjected to a lie detector test, and much more. I believe the biggest liar is PM Modi himself.”

“I challenge PM Modi to admit the biggest lie that ‘ED and CBI are neutral agencies’ and that they have ‘nothing to do with the central government’,” he said, adding that the PM should say this at the Interpol meet that’s currently being held in Delhi.

BJP’s Kapil Mishra, who was once a minister in the AAP government, earlier today challenged Mr Sisodia to appear for a lie-detector test over his claim that the CBI tried to pressure him into quitting the AAP for the BJP. The BJP has been saying that the AAP is merely using allegations to divert from the scam charges.

At a press conference to respond to the Kapil Mishra’s challenge, Mr Bharadwaj went on to list what he called the PM’s “seven biggest lies”, including assertions about the Covid pandemic’s end, claims about recovering black money and the farm laws that had to be withdrawn after a protest; the Ganga rejuvenation plan, housing and Smart Cities schemes, and the target of becoming a 5-trillion-dollar economy.

Mr Sisodia — AAP’s Number 2 after Arvind Kejriwal — had made the startling claim after his nine-hour questioning by the CBI yesterday, that the officers asked him to quit the AAP to save himself from cases.

The CBI said nothing of that sort happened, and the questions were strictly about the Excise Policy case. “CBI strongly refutes these allegations and reiterates that examination… was carried out in a professional and legal manner strictly as per the allegations against him in the FIR. The investigation of the case will continue as per law,” read the agency’s statement.

AAP Will Build Schools At Every 4 Km In 8 Cities If It Wins Gujarat Elections: Manish Sisodia

All Government Centres In Delhi Out Of Free Covid Booster, Shows CoWIN

I Did It, Aaftab Poonawala Said In Court. Why It Can’t Be Used Against Him