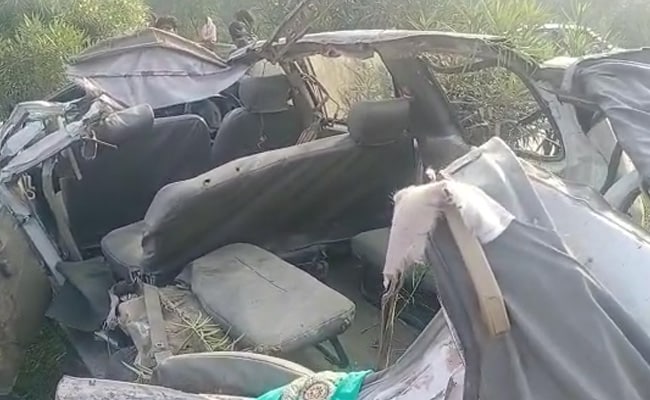 Four women and a child were killed and five people were injured when their vehicle hit a pole and overturned on a highway in Uttar Pradesh’s Prayagraj district this morning, police said.

The victims were on their way to Vindhyachal for a ‘mundan’ ritual of a child when the incident occurred a taround 5:45 am, Circle Officer Sudhir Kumar said.

While five people were killed on the spot, five others were taken to a hospital nearby, he said.

Expressing grief over the accident, UP Chief Minister Yogi Adityanath extended his condolences to the families of those who died.

He also directed the district magistrate and other top officials of the district to reach the spot at the earliest and ensure proper treatment of the injured.