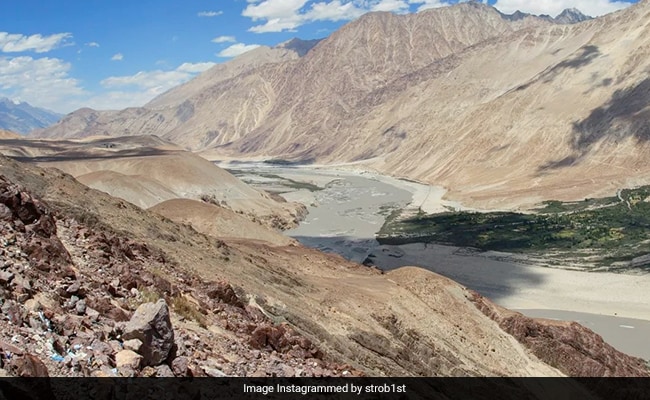 The 3 injured, however, succumbed to injuries on way to a hospital. (Representational)

Four people were killed after their vehicle skidded off the road and fell into a 100-metre deep gorge in Leh on Tuesday, police said.

The dead have been identified as Mohd Firoz, Reyaz Ahmad and Azam Khan, all residents of Delhi, and Zeeshan Ahmd of Uttar Pradesh. they said.

Superintendent of Police, Leh, P D Nitya said the accident occurred at Khardungla top owing to snowfall which made the conditions slippery.

She said police teams along with Disaster Response Force rushed to the spot and started the rescue operation.

The teams managed to rescue three injured people while the fourth person had already breathed his last, the SSP said.

The three injured, however, succumbed to injuries on way to a hospital, the official said.

Khardungla Pass, Changla Pass and other upper reaches of Ladakh besides Leh town received snowfall during the day.

In another incident, two tourists from Karnataka were injured when their vehicle fell down from the road at Singayla in Lingshed area, the officer said.

She said the injured were rescued and shifted to block hospital at Khalsi where their condition was stated to be stable.

The police has asked people, especially the tourists, to avoid travelling towards Nubra, Pangong and other high altitude areas in view of the inclement weather.

“The citizens are once again requested not to venture out during the inclement weather period till the high passes get road traffic worthy,” it said.

Congress To Get New Non Gandhi Chief In 24 Years, 6th In 137-Year History