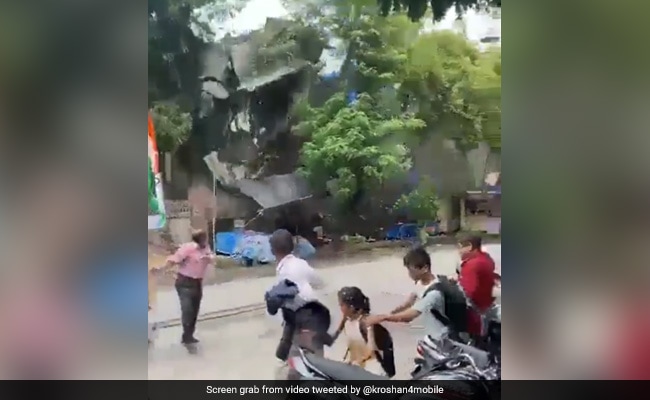 No injuries have been reported so far. (Representational)

A four-storey building collapsed in Mumbai’s Borivali today. No injuries have been reported so far.

Officials said that the building was declared dilapidated and vacated.

The Fire Brigade reported the incident and are on the spot checking if there are people trapped under the debris. Eight fire engines, two rescue vans and three ambiances are already on site.

Fact-Checking Amit Shah On His Declarations In Telangana