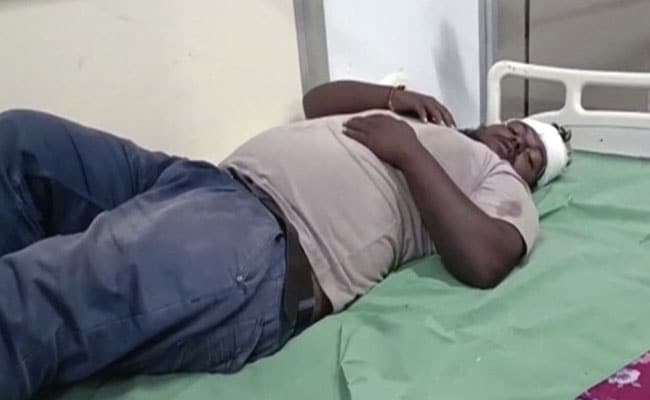 Prakash is undergoing treatment at McGann hospital in Shivamogga.

Late night on Monday, 25-year-old Prakash, a Hindu activist, was attacked by three bike-borne unidentified criminals with stones and boulders. The incident took place around 11 pm at Bhramappa layout in the Shivamogga district.

Speaking to NDTV, the Superintendent of Police of Shivamogga, GK Mithun Kumar, said that the victim was returning home when he was waylaid by three bike-borne criminals who shouted slogans against the Hindu community. They also threw stones at him.

“He suffered head injuries and was immediately shifted to a nearby hospital. Doctors treating Prakash conveyed that he is out of danger and has received minor injuries. Three teams have been formed to catch the accused. We are investigating if there is any link to Harsha, the Hindu activist who was murdered in February,” he said.

Prakash is undergoing treatment at McGann hospital in Shivamogga.

A few minutes before attacking Prakash, nine people on three bikes were seen shouting slogans against the Hindu community in Seegehatti, eyewitnesses told the police.

Senior police officers have visited the spot where the incident took place. As a precautionary measure, the district administration has stepped up security in Seegehatti, Bhramarappa layout, and surrounding areas.

A case has been registered at Doddapete police station and a manhunt has been launched to nab the accused.