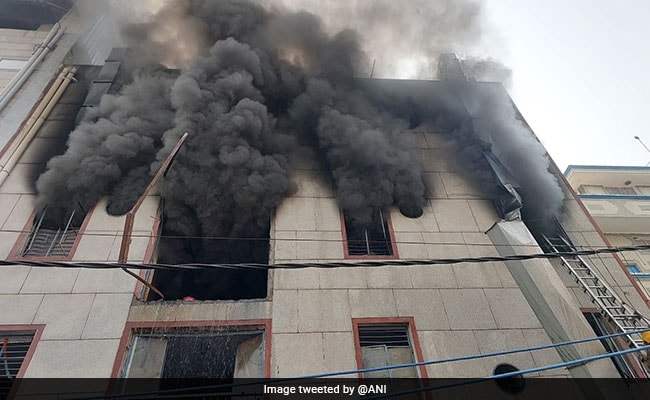 The few injured have been shifted to a hospital and are all stable with minor injuries.

Two people are feared dead in a fire that broke out in a footwear factory in Delhi’s Narela Industrial Area on Tuesday, media reports quoted police as saying. While three people have been rescued so far, several are feared to be trapped in the building and some others injured.

#UPDATE | The incident of fire occurred in a footwear factory in Narela Industrial Area. A few are injured and have been shifted to hospital, all are stable and have minor injuries. Two people died and their identity is being established: Delhi Police

The few injured have been shifted to a hospital and are all stable with minor injuries, news agency ANI reported. The identities of the two people that have died are being established.

10 fire engines have been rushed to the spot to contain the fire, Delhi Fire Service said as quoted by ANI.

“R Ashwin Was Himself Embarrassed When…”: Kapil Dev Still Unconvinced Of Off-Spinner’s Performance In T20 WC