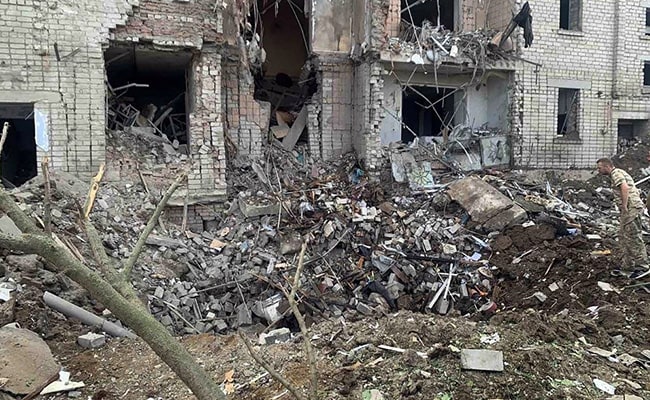 The strikes hit an apartment building and several homes in Voznesensk.

Twelve Ukrainians, including three children, were wounded Saturday after Russian forces attacked an apartment block and several houses in the city of Voznesensk, near a key nuclear plant, prosecutors said.

“According to preliminary information, 12 people including three children were injured. Two children are in a serious condition,” the prosecutor’s office said on Telegram.

Regional governor Vitaly Kim had earlier said on Telegram that nine people were injured, including four children aged between three and 17, and were “all in serious condition”.

The strikes hit an apartment building and several homes in the city, which is home to 30,000 people, the emergency services said on Facebook, showing a badly damaged building.

The region, at the forefront of the war, suffers regular strikes.

The Ukrainian army meanwhile said they had downed four Kalibr high-precision sea-launched cruise missiles fired from the Black Sea near the central city of Dnipro.

Ivan Fedorov, the exiled mayor of Melitopol, a city in the Kherson region which has been occupied by Russia, said the Ukrainian army had bombed a Russian military base in the city.

The Ukrainian army meanwhile reported Russian attacks in the eastern Donetsk region — which has been partially controlled by Russian proxies since 2014 — saying “fighting is continuing”.