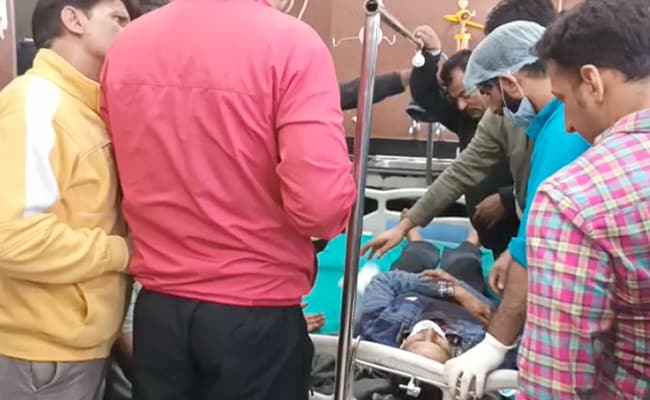 Puran Krishan Bhat, a Kashmiri Pandit, was shot dead outside his house on October 15. (File)

As a fallout of recent targeted attacks on Kashmiri Pandits, at least 10 families of the community have quietly left Kashmir Valley to shift to Jammu.

These families had stayed put in Shopian district’s Chaudharygund and Chotigam villages – where two Pandits were killed by terrorists in the last two months – even when the unrest had first begun in the late 1980s.

Their homes are now padlocked. Locals say only one Pandit woman is left in Chaudharygund; and she too is moving out.

In this village, a man named Puran Krishan Bhat was shot dead by terrorists outside his ancestral house on October 15.

And then on October 18 two men, Monish Kumar and Ram Sagar, were killed in a grenade attack while they were asleep in their rented accommodation in Shopian.

“Ten families comprising 35 to 40 Kashmiri Pandits have migrated out of our village due to the fear psychosis,” a resident of Choudharygund village who faced a death threat recently told news agency PTI.

“The situation is not conducive for us to live in the valley. We live in fear due to the killings. There is no security for us,” another villager said.

The villagers alleged a police post was set up away from their village even though they repeatedly sought protection. They said they have left everything in their houses, even the recent harvest of apple.

Those who have reached Jammu are living with their relatives, reported PTI.

Targeted attacks on minority Hindus — Kashmiri Pandits, predominantly — have increased ever since the Narendra Modi-led BJP government revoked the region’s special constitutional status under Article 370, and divided it into two centrally-governed UTs, carving Ladakh out of the erstwhile province of Jammu and Kashmir. There was local opposition to the move as many saw it as a ploy to effect demographic change in the Muslim-majority region.

10 mid and smallcap stock ideas for a profitable Samvat 2079

us dollar rate today: US Dollar drops to three-week low as traders weigh a Fed pivot