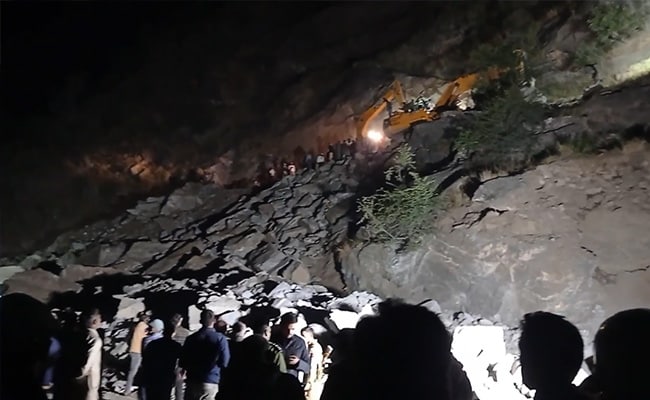 One person was killed after a landslide at a power project tunnel in Jammu and Kashmir’s Kishtwar today, the police said.

Six rescuers who had gone to the tunnel just after the landslide happened are trapped, they said.

Officials said four people came under the landslide; three have been rescued, while one died.

More rescuers have reached the site and are working with floodlights to search and bring out the trapped people.

“If You Don’t Want To Remove Him…”: Harbhajan Singh’s Huge Comment On Rahul Dravid

“A Game Like This Could…”: Hardik Pandya On India’s Tie vs New Zealand In Napier